REVIEW from a customer – If you’re a digital artist, graphic designer, or just a photo hobbyist and you don’t already own a graphic tablet, you may need to rethink that. There are so many choices today among tablets, it’s becoming overwhelming. There are now many good choices of tablets from Itatouch that can fit any budget. 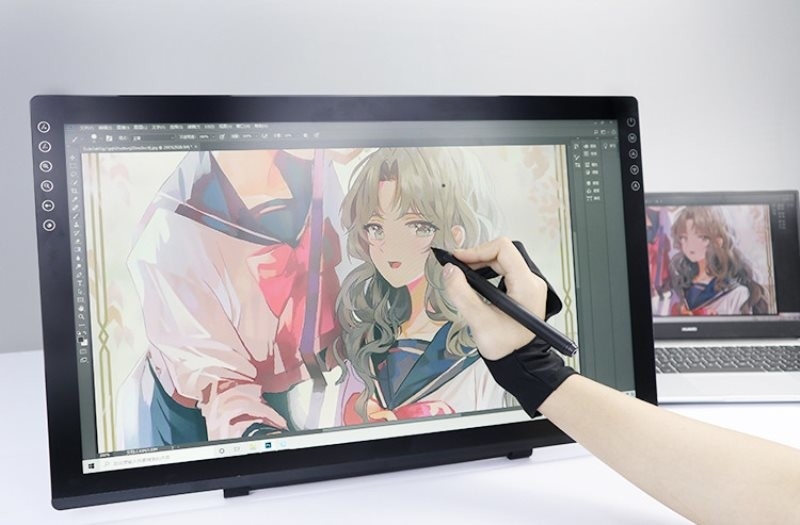 The question is more like, “What is a pen display?”

Graphics tablets are tablets you draw on with a digital pen. It lies flat on a desktop as you draw while looking straight ahead at a monitor in front of you.

A pen display is basically a monitor you draw on with a stylus (pen)—similar to an iPad with one difference. Pen displays are not autonomous—they require a computer to work. However, the major advantage of pen displays (and graphics tablets) is you can run any program your computer will run. It is a monitor, after all.

The Itatouch Pen Display is a desktop monitor you can draw on with the included battery-free pen. It has some features usually found on more expensive pen displays, such as lamination, glass surface, stand, and high resolution.

It rests on an included stand that allows the monitor angle to be raised or lowered from 15°-85°. All pen displays and graphic tablets need drivers—apps that tell the computer that the display exists and is now connected.

The Tablet driver app installed with no errors and it works well.

This driver lets you customize settings for both the pen and the display.

The pen features: supporting a 45° tilt function and 8192 levels of pressure sensitivity with tracking speed in 233pps. This means you can draw a thick-to-thin line just by how hard the pen tip is pressed. Pen nibs do wear down over time and need to be replaced. Itatouch provides a generous 8 extra nibs.

With Itatouch drawing tablet, you do not need worry its compatibility, it is compatible with many designing apps. 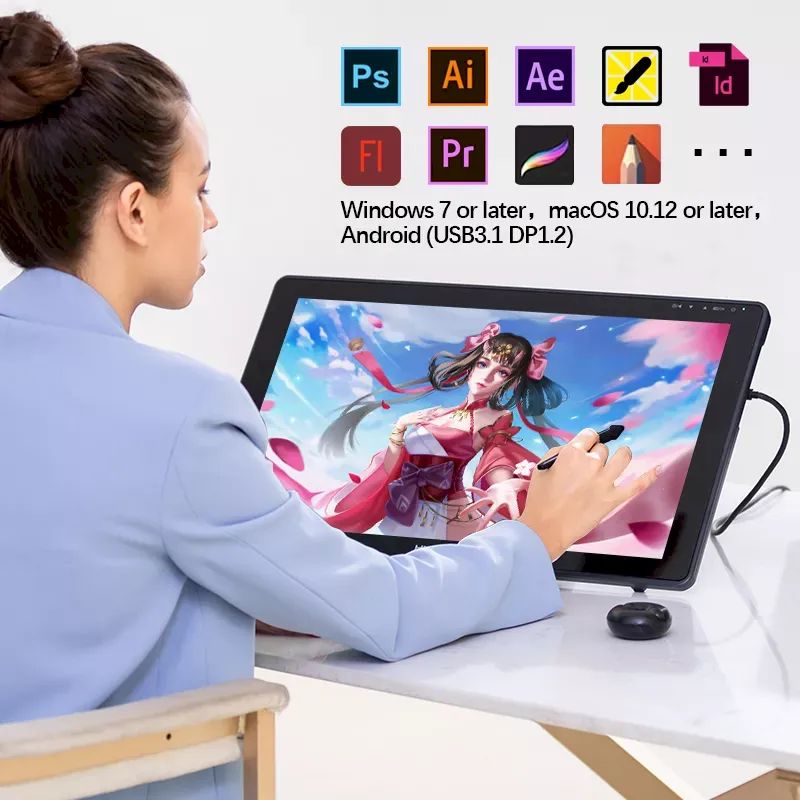 The surface of the H21 Pro is made of etched glass. Many pen displays in this price range have a matte plastic screen cover over a shiny glass surface. This plastic covering can be scratched or worn down over time. Etched glass lasts far, far longer.

There are 2* 6 Slikprint Touch Buttons on both side of the tablet, which is easy for you to operate/ drawing

Lamination is the distance—or lack of it—between the glass surface and the imaging monitor screen underneath. If those two pieces are not laminated, there is a tiny gap between them. This can give the illusion that the pen tip is not touching exactly where the drawn line is. This visual offset is called parallax. If the screen is laminated, there is no gap—or parallax. The pen tip touches exactly where the line is on the screen. The 21pro etched glass screen is laminated.

If you are a creative in the digital world, there is no excuse anymore to not own a graphics tablet.